Tales from the Cooperage

I mentioned in yesterday’s blog about Blackwell’s that I used to work in a Quayside pub called the Cooperage. A characterful pub – both in the sense of the building and its patrons (and staff!), it was at the time a busy real ale pub downstairs, and a nightclub and restaurant upstairs. The place was run with an iron hand and a twinkly smile by a charming ex-boxer (Let’s call him The Boss) who was slight in stature but large in reputation – he was known to break up fights among much bigger men just by stepping into the fray. It was my steady summer and holiday job through university, and also, since it recruited mostly through recommendation, at one point most of my friends worked there, too, so you could combine your social life and your earning without too much effort.

While the real ale bar was well-renowned, the club’s main attraction was it was open late, so the clientele (or, at least, their sobriety) could be questionable. Working there was mainly fun, though as a young (busty) woman, you became quickly inured to the kind of ‘jokes’ you inevitably got working the pumps. (Real ale pumps, at least in those days, required a fair amount of effort to pull properly – so much we all learned to pull with our non-dominant hand, lest we end up with one giant bicep. But the technique needed to activate the flow –  a couple of sharp jerks then several smooth pulls on an undeniably phallic looking handle – was too much for some wits to restrain themselves from commenting on, and speculation was rife as to how else we might employ such skills. Never in front of the Boss, mind, who took his chivalry seriously, but us girls behind the bar spent many a night sharing weary glances over the head of some chuckling self-proclaimed ‘comedian’.) 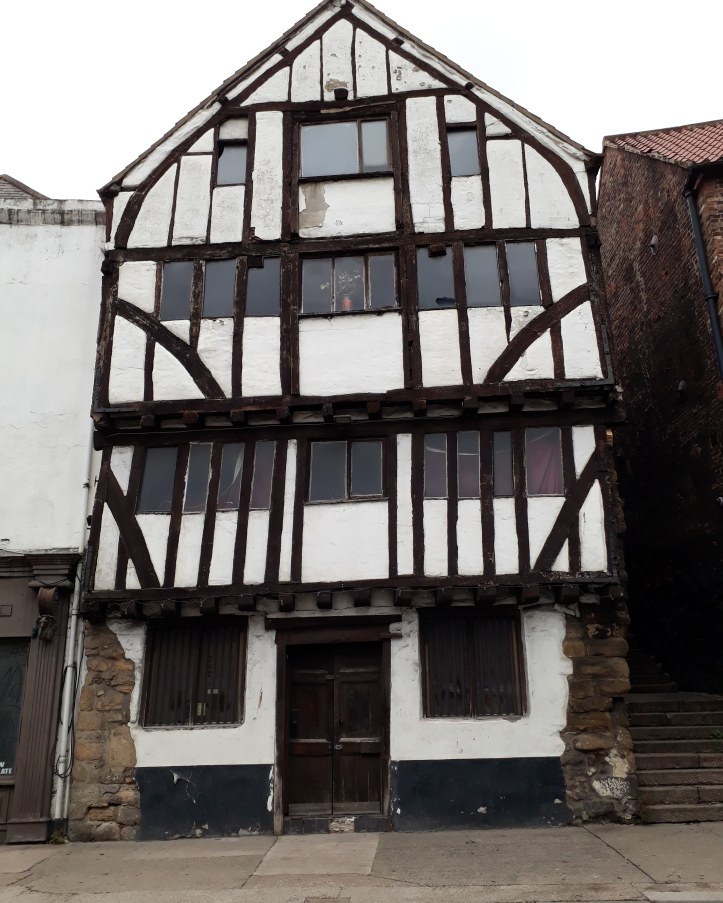 At the time I dressed in full indie gear: Doc Martens, a ragged perm with a henna rinse, second hand clothes (this was the North – we did old, not vintage). (As an aside: the historical nature of the building – which retained much of its structure from when it was a 15th century house that later became the cooperage which gave it its name – meant the stairs and floors were uneven, and by the end of the night, there was a trench of spilled beer behind the bar that the staff had to wade through. We all wore Doc Martens – it was cooler-looking than wellies – and, to my horror, I discovered that the one thing that can rot the famously hard-wearing boots is standing in inches of stale beer every night.)

More than once, it was mentioned that I bore a passing resemblance to the lead singer of the band that was currently dominating the charts with their earworm ditty ‘Perfect’. Most volubly by some bloke who staggered up to me, pissed, and said loudly – ‘Ye look just like that lass off Fairground Attraction.’ Then, pausing to give me a once over: ‘Mind, you’ve got bigger tits!’ Oh, wow, man. Thanks.

This was also the club where a man came up to me while I was collecting glasses and, as I was returning to the bar, I had a stack in both hands. He chose to take advantage of this moment by grabbing one of my breasts, which startled me so much I instinctively closed my arms – thereby swinging two stacks of heavy pint glasses right into his face. Sweet, sweet justice.

I also once inflicted a boob related incident on myself – we loved lager drinkers, as pouring lager didn’t require the strength or skill of a real ale, you just flicked a switch. Which was all well and good until in the middle of a busy shift, I leaned over, snagged the switch with my shirt pocket, and poured a pint down my front. A lovely start to the evening.

And to prove it wasn’t just the men who were badly behaved: the club was always busy, and queues were often rowdy. One woman sought preferment by going up to the bouncer and yelling, ‘will you let us in faster if I show you my tits?’ Only to be loudly denounced by a roar of ‘Fecking get away from him, you filthy hoo-er!’ from the ticket office – since the woman who worked there was the bouncer’s wife.

Many of the tales I have from the Cooperage are based on the fact it was supposed to be haunted. Even the hardest Geordie blokes working the doors would be nervous about being on the upper floors alone (one, when he was alone counting the takings after hours, heard footsteps on the stairs right outside his room and was so startled he fled there and then – leaving all the uncounted money just lying on the table).

It was regularly listed as one of the most haunted pubs in England, rumoured to be frequented by not one but two ghosts: a man who had been killed in a fight between a press gang and locals, and an Edwardian that was said to prowl the stairs. I never saw anything myself, but there was no denying the atmosphere could be spooky, especially after hours.

My favourite after hours story, though, has nothing to do with ghosts, though it did nearly scare the life out of me. Although mostly friendly, the clientele could be rough, and though trouble would flare, it was usually managed quickly. The pub was also unusual in that its profile changed enormously from day to day: Fridays and Saturdays the club traffic made it a bit crazy, but Sunday evenings – which in those days ended early, due to the licensing laws – were always quiet, a few oldsters there to enjoy real ale in quiet. They were staffed accordingly: usually just an assistant manager to work the bar and cash up, and one bar person to help.

One Sunday I turned up for my shift to tales of chaos the night before: a biker gang and some locals had kicked off big style, the police had been called – a rarity for any bar, since no one wanted their licence threatened – and only the presence of the Boss onsite had prevented real damage being done. The AM – a slight and softly spoken man – had worked that night, too, and was still pretty shaken by the mayhem.

Then, at about 10.30, we were just locking up when we heard a roar of bikes, followed by a pounding on the door. Both of us panicked: we were alone in the place, and when AM looked out of the window, he saw we were surrounded. ‘It’s the guys from last night!’ he whispered, shoving the money into the safe. “Should we call the police?”

Still the pounding continued. We crept to the – thankfully heavy – door to see what they were yelling. To our surprise, it didn’t sound threatening: a ‘hello? Is anyone there?’ The AM opened the door a crack.

“Can you check lost and found? I think I left me jumper and it was a present from our lass.”

Late edit: As I was rereading this, I remembered another great night, when the upstairs club was used to hold an afterparty for fans of Gary Numan, who was playing a gig in town. The party was abuzz with the hope that Numan – known to be approachable to his fans, despite his ‘cold robot’ affect – would turn up. However, since everyone there was dressed like him, some to a scarily convincing degree, the staff and I weren’t sure how they would tell… (I can’t recall if he did, actually: all I remember is everyone drank cider and black.)

(Further aside: This also reminds me of taking my friend C to the press night of Boy George’s musical Taboo in Brixton. It was an unusually glam affair for a press night, since it was staged in a club rather than a theatre, and she was thrilled at the prospect he might be there, since she is a HUGE fan, but I was trying to manage her expectations – he might not be there, and even if he is, we might not spot him, since half the audience had dressed up in 80s attire, and many of them had chosen Boy George as a costume. Still, for her sake, I gamely joined in, staring at all the attendees to try and spot the genuine article. It was only when the play was about to start and we sadly had to give up that we turned round to find the real George sitting literally right behind us. With Marc Almond!)

I walked past the Cooperage the other day, and the building is in sad decline – so much so it’s been put on the historical buildings at risk register by English Heritage, which is a real shame. Go wander past now, before they turn it into student flats like everything else in the city, at which stage I very well might decide to haunt it myself.

Like my writing? Support it by buying one of my books (or even a t-shirt or bag!) 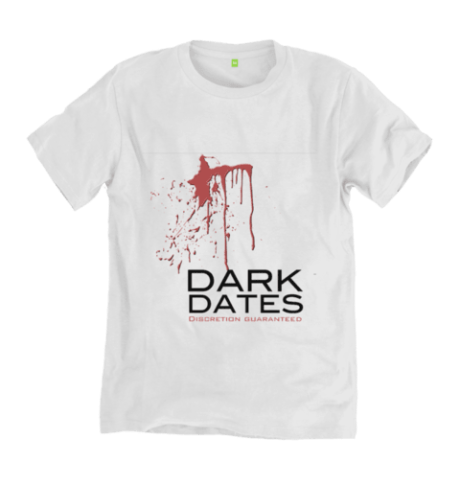