The Geordie dialect is oft-mocked and poorly imitated, but I am finding much pleasure in hearing words and phrases I had forgotten. Some are in common usage, some used ironically or at least knowingly, and I am not even sure some are actually Geordie, but they are all little bolts of the past. Especially when I hear myself saying them…*

So here is a quick guide:

“I bet I end up hoying out loads of stuff I packed and wondering why I even packed it.”

As in the Quilliam Brothers menu. And yes that is a STOTTIE Newcastle Brown Ale rarebit, there. Food of the gods and worth moving back for. 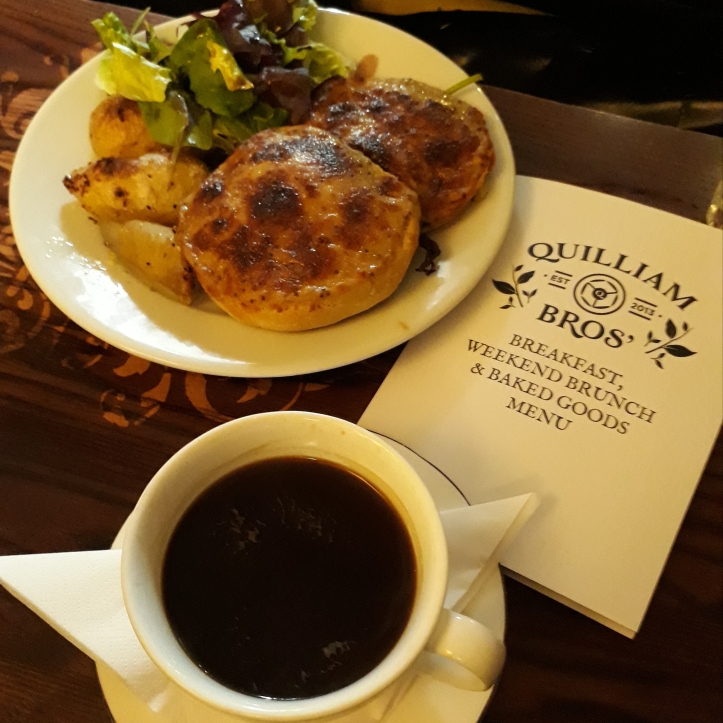 The state you are in when you just moved into an empty house and are waiting for your friend to arrive with a Greggs Pasty.

“Council pop” = tap water. Which is actually quite pleasant to drink, now I have moved from hardwater hell. Handy when you just moved in and haven’t figured out where the supermarket is yet.

“Swear down!” = I promise. Use added “man” at end for emphasis. Remember ‘man’ in Geordie is used regardless of gender.

“Mint” = very good. Made more emphatic by adding ‘pure’ or ‘proper’ in front of it, and further reinforced by ending it with “like”. Like its opposite, shite, best spoken with some bite to it.

“Canny” as both a descriptor and modifier. You can be a canny lad; you can be canny good at something; something you like can be dead canny, like. It’s occasionally even used closer to its more conventional meaning (if you tell someone to “Ga’ canny” it can, I think, mean anything from good luck to safe travels to take care”.) It can also be used to mean a desultory “ok” – like a Geordie equivalent of saying you are fine when you want to cry. (“How are you?” “Aw, canny, thanks.” Or the even more brutal: “Canny enough” which basically means “Still alive”.)

“Aye, smashing, canny, thanks” Expression of gratitude used by recently relocated ex-Southerner to assure tradesmen she is, in fact, a proper Geordie.

“Geet” (often pronounced “git”) = very. When I went to The Last Ship press night I was assured with a wink the drinks were “geet posh” cos they had a cherry in them. Despite being called Wallsend Sunsets. Sting was there though, so if they were good enough for him…

“Eeeee” = high pitched expression of delight, almost exclusively deployed by women. Use sparingly. Not much is worth your eeees, ladies. Maybe getting free drinks at a theatre premiere where you can stand close enough to Sting to pretend you know him.

“Spelk” – splinter (as in ‘splinter in your finger’). A true Geordie shibboleth. Once used by a friend of mine in a pub to definitively prove he was a Geordie by using a word only Geordies would know.

Posting this got me some great comments of other peoples’ favourites. Bairn (for child), which is apparently, like hyem (home) from the Danish (not surprising, given the region’s history). Someone told me there was a ‘ket’ aisle in Byker Asda (generally means sweets, or similarly unhealthy food and treats – your mam would tell you off for eating it, your nan would sneak you some). This can lead to confusion if people think you mean the drug, mind, so use with caution according to your audience.

And one I just heard again the other day – “spitting dabs” for looking like: “Your Karen is the spitting dabs of Victoria Beckham!”

I also learned scran is pretty widespread – my friends in Glasgow use it. What are your faves? Add in the comments!

*Not a definite guide. Howay, man, be realistic. I haven’t lived here in 30 years. 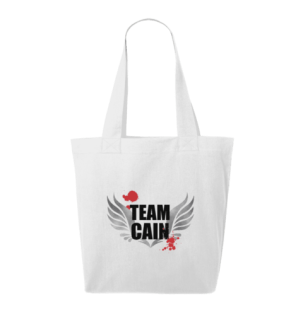