A dramatic evening at Northern Stage

Although I have made regular use of the delightful cafe/bar, I haven’t actually been to see a show at Northern Stage since my return. I was excited to see The Last Seam, a verbatim play about the decline of the coal industry, and pleased to be accompanied by my fellow Last Ship / local history enthusiast friend U. 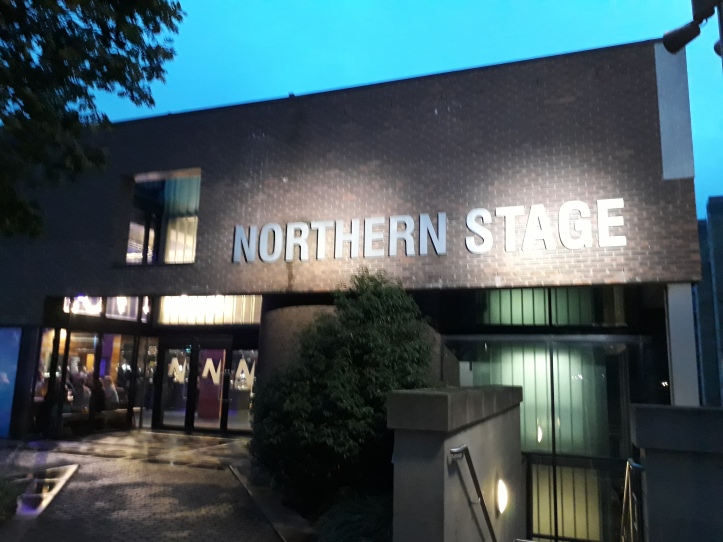 The play itself – staged in the smaller studio space, which I hadn’t been into before – was powerful and moving, though the evening became more dramatic when the performance had to be halted as a member of the audience became seriously unwell. Impressed as I was by the play, I was even more so by the empathy and efficiency of both the cast and staff, who sprang into action immediately, and emptied us into the bar while medical attention could be sought and given.

It was a nervy, enervated crowd that returned to what was now a fragmented play, though we were relieved to be assured that the audience member had been taken to hospital, and seemed to be OK. The cast recovered from the shock and disruption admirably well to finish the piece – everyone was pretty shaken, so I can only imagine how they must have felt. Here’s hoping the poor man in question made a full recovery!

It’s a powerful piece and is touring, so if you get a chance to see it, do so: but I have to say the night gave me renewed admiration for actors, carrying on when most of us would just want to sit down with a large glass of wine for our nerves…