Crocodile shoes and canaries in a coalmine

So, it’s been nearly three months since I moved back to Newcastle – moved home, as I am getting used to saying – and while at times it has been stressful (and expensive – so, so expensive), I’m also convinced more and more that I have done the right thing.

I’ve loved reconnecting with family – my Sunday nights at my cousin’s are now a highlight of my week, not least cos she stuffs me full of beer and great food and I only have to stagger round the corner to get home – and with old friends, some of whom I haven’t seen for decades.

I’m still getting used to my neighbourhood – I miss having a Co-op and a coffee shop at the end of my street – but I like my new flat, and being handy for the Metro, although I still turn up everywhere early because I can’t quite believe I can get to town in 10 minutes rather than the ‘everything is an hour away’ London commuting experience. I love having more space (fitted wardrobes! A spare room!).

My hopes that moving North would enable me to plug into the local arts scene in a way that I never felt I could down south have so far proved wonderfully true. I have been welcomed with open arms by people in the theatre scene, having meetings with the kind of folk I would have previously dismissed as Too Busy and Important For The Likes of Me. I’ve already been to six of the region’s performance venues and seen nearly a dozen shows, and I’m enjoying exploring more offbeat work and ventures. I’m hoping at some stage this involvement will become more participatory – I’m already mooting doing some readings – but at the moment, I am happy just to observe, and enjoy connecting with a bunch of interesting, passionate people.

All of that, really, was what I expected – or at least hoped – to get from my move. A life rich with connection, friends and family, culture and arts, and less focused on the punishing reality of just slogging to make ends meet as a working class freelancer, without a partner or the Bank of Mum and Dad to help out. I’m thrilled by it – it’s gone better than I could have dreamed – but also not entirely surprised.

What has caught me more off guard are the ways in which I am not just reconnecting with others, but with myself. My accent still wanders liberally from one end of the UK to the other – from Newcastle to Glasgow with some Ireland thrown in for good measure – and I still find myself regularly shocked by how cheap the drinks are.

But there are moments when familiarity hits me so hard I’m thrown. I’ll walk down a street I don’t remember, but realise I know where I am going. Words and phrases I haven’t used since childhood are slipping into my conversation. I find I have fully-formed opinions about neighbourhoods I wasn’t aware I knew existed, and can tell by the lightest variation in an accent from which side of the river someone stems.

Talking to a director the other day (get me, now), we were discussing the specificity of cities. We’d both lived in Glasgow, and found it culturally similar to Newcastle, but were also both acutely aware that each city has its own flavour, its own quirks and beliefs and habits. And lately I have been thinking about those specificities, the things you only ever really know if you live somewhere, a culture you have to inhabit to understand.

(A Glaswegian friend of mine once said it’s impossible to explain to an outsider the horror of the phrase, ‘’ExCUSE me, pal’ which sounds harmless but usually means you are at best going to be tapped for cigarettes, at worst mugged, and so you should always head off in the opposite direction when you hear it).

Sometimes the things you think are unique to you, are actually culturally ingrained. In the Biscuit Factory this weekend, enjoying their gorgeous art, I was looking at some bird sculptures and casually remarked that my mum would never have images of birds in the house, believing it unlucky. ‘Oh, yeah, that’s a mining tradition,’ my companion blithely assured me – and something I hadn’t even ever wondered about fell neatly into place.

Sometimes, you forget how engraved certain things are in your local culture consciousness until they are surfaced by other people. Say the phrase ‘She’s lyin’’ in an Geordie accent to anyone of my age and we instantly have the Jimmy Nail earworm Ain’t No Doubt stuck in our head for the rest of the day, when most people will barely be able to recall it. 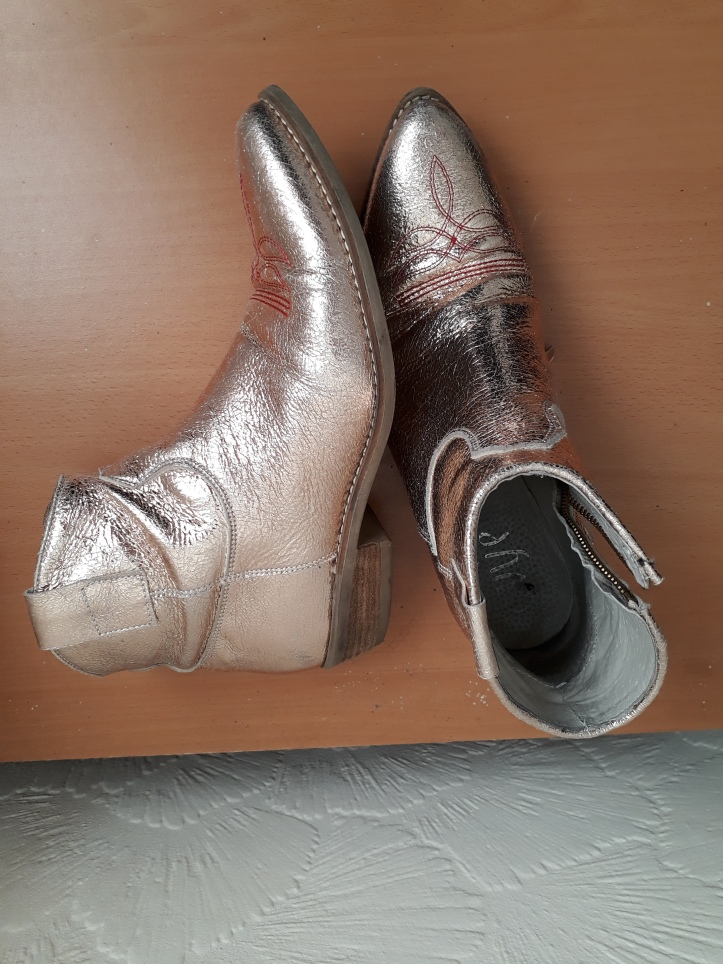 And the other day when I wore my fancy, shiny Brighton boots to the ballet, one of the ushers stopped me and said, ‘wye, they’re a right pair of Crocodile shoes, aren’t they?’ And I was so shocked I stopped on my way to my seat. Oh God, I thought, they are, aren’t they? They really, really are…’