A Christmas Carol in Newcastle Castle

One of the things I really love about my job is it allows me to go places I wouldn’t normally go. Last night was a great example, when I braved the cold to venture out to see a production of A Christmas Carol set in Newcastle’s castle itself. 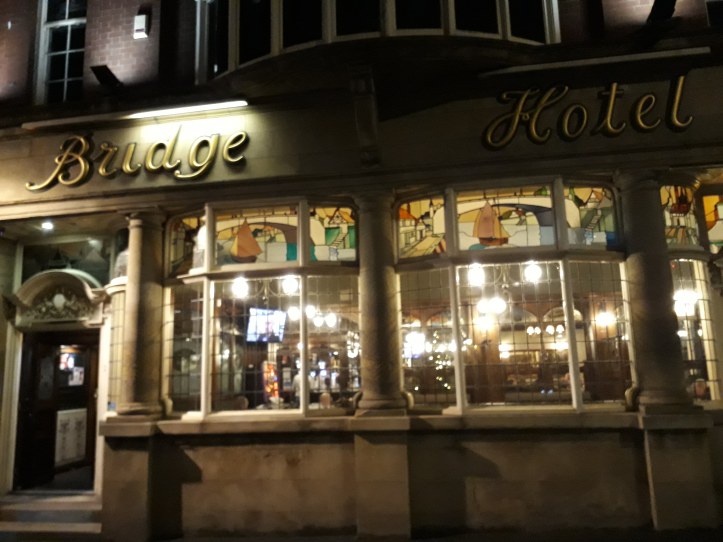 The company had warned the castle keep was unheated, so to wrap up warm and bring a hot water bottle – a theatrical first for me. So, clad in my giant fake fur coat and a slightly incongruous bright blue woolly scarf celebrating both stormtroopers and a Japanese football team I have never heard of (shut up, it was a gift and I love it), carrying a hot water bottle tucked on my person, I headed into town.

The night started badly – apparently, my sense of direction is so poor I can lose an actual castle, so after wandering forlornly around several dark underpasses I finally accepted the castle wasn’t where I left it. (I was starting to get a bit nervous around all these tunnels, though I figured if I got mugged I could hit any assailants with my hot water bottle, which would at least have the benefit of being unexpected…)

Eventually I got my bearings and found the place, and after a quick pee in nearby pub the Bridge – which I haven’t been to in years! – was led up some steep stone stairs into the hall where the show was performed – an enjoyable mix of striking puppetry, movement and acting that, while not a classic take on the show, was a fun enough watch and certainly worth an hour of my evening, performed by an amiable, energetic company.

Plus, how often do you get to say you spent your Sunday night hanging out in a castle?