A Family Christmas and a trip to Spanish City

I’ve never really done the ‘big’ family Christmas before. When my mum was alive, we tended to keep it small: my friends would come over with their kids in the morning, and various neighbours might pop in, but it was generally low key. Over the years I have had working Christmases, Christmases alone and ‘orphan’ Christmases – all of which were varying degrees of OK – but never done the big family event.

So I was actually a little nervous of agreeing to my cousin’s and his wife’s invitation to spend Christmas at theirs. They host the big family ‘do’ every year, of which I have heard nothing but good things, but I was still a bit anxious. Sometimes eating in big groups makes me self-conscious, and while they generously invited the friend (N) who was staying with me over the holidays, I worried that being thrown in the deep end of someone else’s family might be a bit much for her. 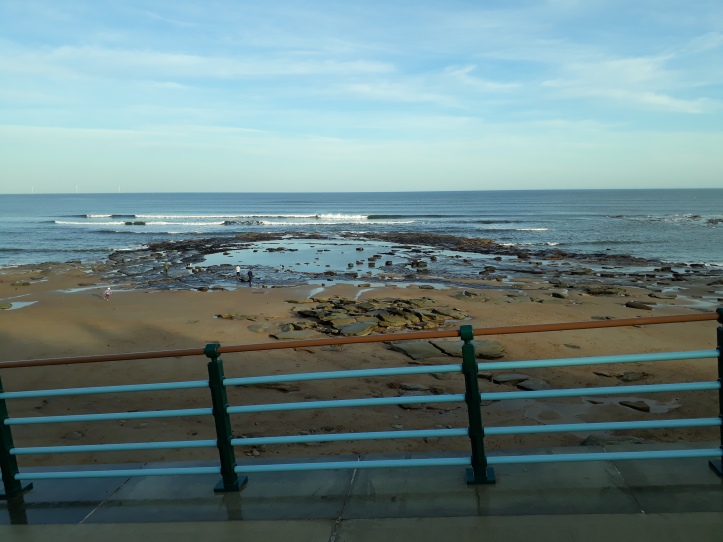 In the end, I needn’t have worried at all. My family are generally excellent company, and proved themselves great hosts, generous and welcoming to me and my friend, who was really touched by how much they made her feel at home. It was a multi-generational gathering that spanned pensioners to babies and all stages in between, lavishly fed and in a beautifully decorated setting. My cousin’s house – always impressive – looked like a Hallmark movie set; the photo below is of the hallway, not even the main room! (Should I ever get around to writing a Christmas romance, I might pop back here for inspiration.) There was vegetarian food aplenty (N is also vegetarian, but since one of the daughters of the house was vegan, this proved less tricky than I feared) and the whole day turned out just lovely.

Boxing Day, we did a brief detour to the sales, though my assertion that ‘it’ll probably be quiet’ was way off the mark, as the whole town was packed. Many of the pubs were closed, though – after a late lunch downstairs at the Tyneside because the coffee rooms were closed, we wandered down the Quayside with the plan to meet some friends in the Pitcher and Piano, which of course wasn’t open. Still, we managed a drink in both the Red House and the Head of Steam, and N got to see the Quayside at night, which is never a wasted trip. 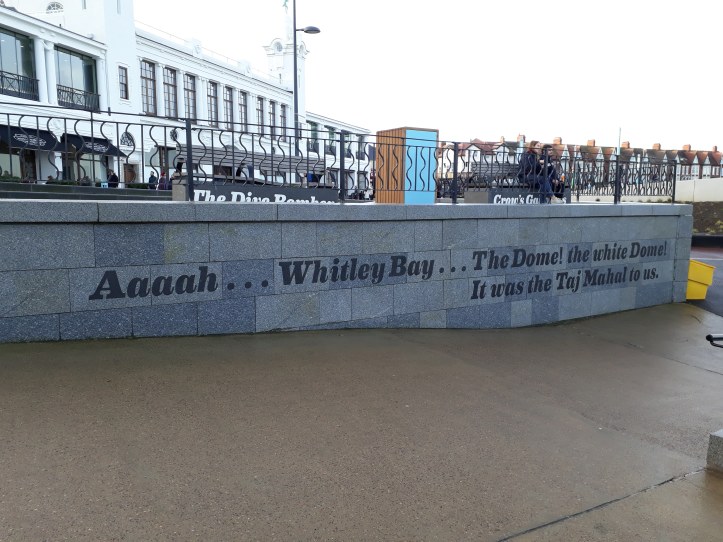 Yesterday, we decided to take advantage of the clement weather and take a trip to the coast at Whitley Bay. Of all the things I miss about Brighton, proximity to the sea is the main one, so it was nice to be reminded that I have a stunning coastline just a Metro ride away.

It was also nice to see the recently re-opened Spanish City. I remember it well from my youth, and was sad to see it go into decline, so I was keen to check out this revamped offering. The building has been nicely utilised: a selection of restaurants (a waffle house and patisserie on the ground floor, alongside a restaurant, Trenchers, in the central space, which seems popular for fish and chips, with a fancier restaurant and bar upstairs, and a luxurious space for afternoon tea). In the end, N and I decided to eschew eating there for lunch, venturing to a little cafe round the corner on Marine Avenue that did a nice line in vegetarian tapas. But we did pop back in for an espresso martini – a tradition of ours – to round off the afternoon, and it was lovely to be able to have a fancy drink while looking out over the seafront.