RBG at The Tyneside

Back to the Tyneside Cinema yesterday, having negotiated their slightly annoying system for redeeming free members’ tickets (you have to buy them in person, or book them over the phone and then collect them at the box office, so in effect queuing both on the phone and in person, which is kinda irritating). The irony that I was allowing minor stuff like this to annoy me while going to see a film about a woman who has more backbone and grit than I could imagine was not lost on me.

RBG is a fascinating documentary about Ruth Bader Ginsburg, the Supreme Court Justice who has become something of an icon in recent years. Being English, I was less aware of her formative – and formidable – career standing up for gender equality (including taking on a key case where a man was being discriminated against, a widower not eligible for the same survivor benefits his wife would have been given to support the raising of their son).

It’s unashamedly partisan, though not a hagiography, with plenty of input from the lady herself, her friends and family, as well as some of the people she has helped, and the younger generation who made her a meme. Senior figures like Bill Clinton feature (some of them Republican), and it doesn’t gloss over some mis-steps, or some things that baffle her friends (for instance, her ability to be friends with the late Justice Scalia, a man at the opposite end of the political scale). 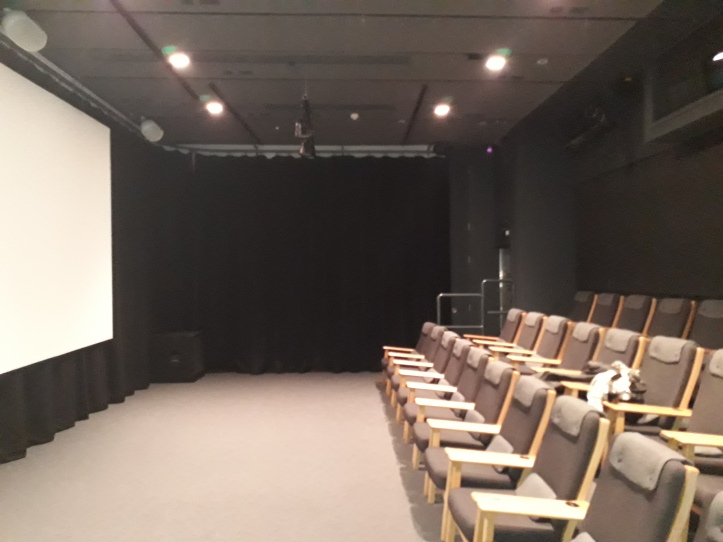 It was well worth the trip, and I was pleased to get a chance to see the Tyneside’s Gallery Cinema – a tiny screening room (3 rows of seats) that is perfect for smaller films like this: on a Tuesday afternoon there were barely half a dozen of us in the room, but it’s great that the cinema is showing these kinds of films knowing they won’t get sell out screenings. Maybe I’ll forgive them for their Membership ticket scheme after all…