It’s been a week of jaunts this week – after Edinburgh on Monday, came a trip to York that I booked without realising they would fall in the space of a few days, to see the first production by Emma Rice’s new theatre company, Wise Children. 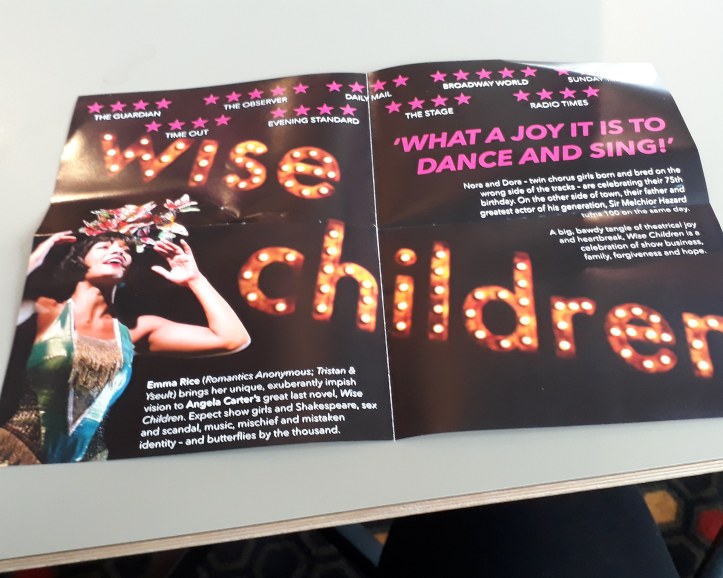 I’ve long been a fan of Emma Rice. I love Kneehigh, and although I didn’t catch much of her stint at the Globe, what I did see I really liked. I admit I was disappointed when I heard that the company would be using the Old Vic for its London base – this is a theatre that I have long avoided, having fallen out of love with it for various reasons, all of which I admit are personal (and perhaps a bit irrational).

But to my mind, it tends to be overly expensive, most of its productions are too long, and their lack of decent toilets means you stand a very good chance of missing the first 10 minutes of the second half either because you are stuck in a queue, or your view is obscured by people returning to their seats for the same reason (and this is even before you even consider the queasy, hard-to-shake taint that Kevin Spacey’s uncovered antics have tarred the place with). There are a ton of great venues in London and no such thing as an unmissable production – there’s usually half a dozen ‘unmissable’ shows on at any one time, and unless you are a full-time critic, you can’t possibly catch them all – and I decided a while back I wasn’t giving my money to any venue where I felt so ill-served. So I sadly resigned myself to just not seeing any more Emma Rice shows for a while.

Moving to Newcastle, though, has actually opened up my theatre-going in exciting new ways. Edinburgh is 90 minutes away, York just over an hour – and the economics of regional theatre mean the cost of excellent dress circle tickets (in a theatre small enough where that means I was closer to the stage than I would have been in most London venues) AND return train tickets came to roughly the same as the Old Vic is charging for most stall seats for its current productions.

Unfortunately, the weather gods had used up their benevolence on me with a lovely day on Monday, so I didn’t see York at its best, but even rain and grey it’s a beautiful city. The theatre was a short walk from the station, and it’s a lovely space: a bar / bistro space downstairs that caters to any comers so was a bit rammed for my tastes, though upstairs was a little calmer, and the staff were efficient and friendly. My seat – front row dress circle – was great, and I was seated next to a pleasant couple with whom I had a nice chat in the interval.

And toilets! My god, toilets! I will never stop banging on about the need for good toilets in theatres: it’s an accessibility issue for anyone elderly, pregnant, on their period or with bladder/digestive issues, and too many theatres are bloody terrible. These were plentiful – pretty sure there were more women’s toilets in the dress circle alone than in the Donmar, Old Vic and Almeida added together – and kept clean. I’d go back to the place on that reason alone.

As a fan of the book that both play and company were named after, my expectations were high but the play (mostly) matched them. It balanced the trademark Emma Rice playfulness and theatricality – fourth wall breaking, gender/race-blind casting, bawdy humour, music and physical theatre – with the spirit of Carter’s novel, and when Rice came out at the curtain call (the show was being filmed by the BBC, which is possibly why she was there for an afternoon matinee), many of the audience were on their feet. 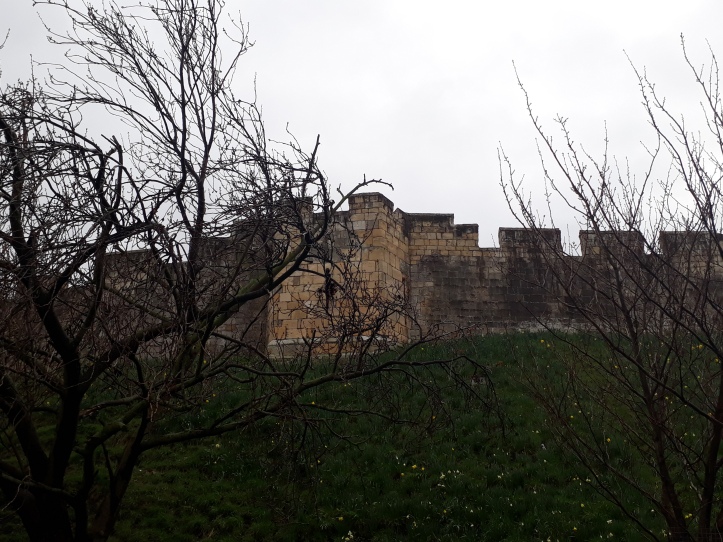 My travel wasn’t quite as smooth as I hoped city hopping would be – my train was a bit delayed by a cancelled service – but the trip was my no means onerous, and definitely one I would make again if something that struck my fancy.