Back at Northern Stage last night – yes, I live there now – to see their production of A Thousand Splendid Suns. A powerful adaptation of Khaled Hosseini’s book (which I hadn’t read), it certainly packed an emotional punch – the women sat next to me were openly weeping by the end – and as ever I enjoy seeing a story built around the lives of women. (Link to review here).

However, the real treat for me was after the show, when Production Manager Chris Durant kindly gave me a tour of the set. I met Chris when I did the fantastic workshop tour a few weeks back, where I saw the set of Suns being constructed. Impressed by his knowledge and passion, I interviewed him for a feature – I’ll post the link when it’s live – which gave me a fascinating insight into all the work that goes into what we see on stage. 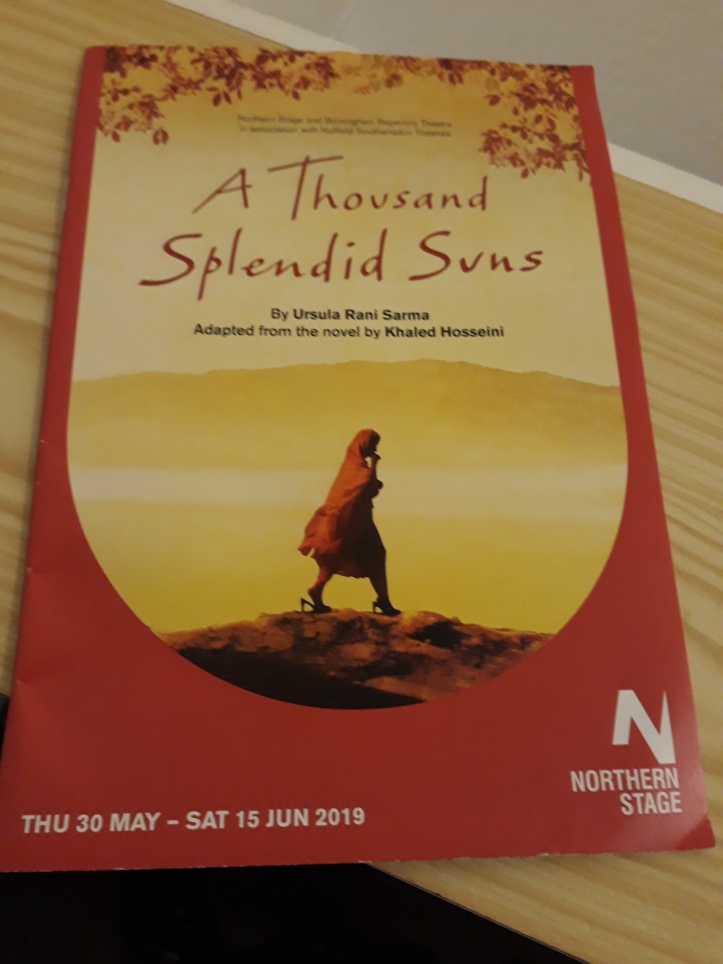 Seeing the completed set in situ – first as an audience member then from backstage – was an education. Having seen it in scattered pieces of plywood, the transformation into fully blown set was impressive. It also really brought home how important lighting is creating a mood. Lit by Lighting Director Simon Bond, the set had a warmth and vitality that made it look alive – without it, Ana Inés Jabares-Pita’s epic construction is almost eerie, pale as a moonscape. (It also made me, a Lifelong Clumsy Person, admire the actors even more, as they had to negotiate getting on and off and moving around such a bulky set, sometimes in burkas. I’d have fallen off a ladder or down a trapdoor or something before I even made it onto stage. That said, given my acting abilities, any audience would be grateful for such a mishap.)

As a lifelong theatre lover, I’ve always appreciated the nebulous magic of the stage – to get a peak behind the curtain at all the nuts and bolts that make that magic possible was really enlightening. 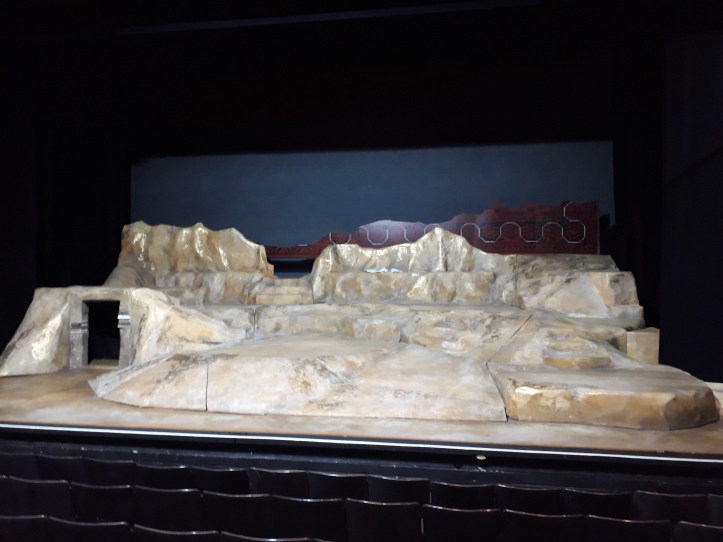