Last week was a crazy busy week, with trips to London both midweek and at the weekend. The first was for business, though I did manage some socialising, and the second to catch up with a bunch of my best and oldest friends. Although we see each other throughout the year in smaller clusters, the usual reasons (work, money, family, location) mean we are limited to getting together en masse a couple of times a year (I say that like there’s a dozen of us, it’s only 5!) so it’s always a joy. 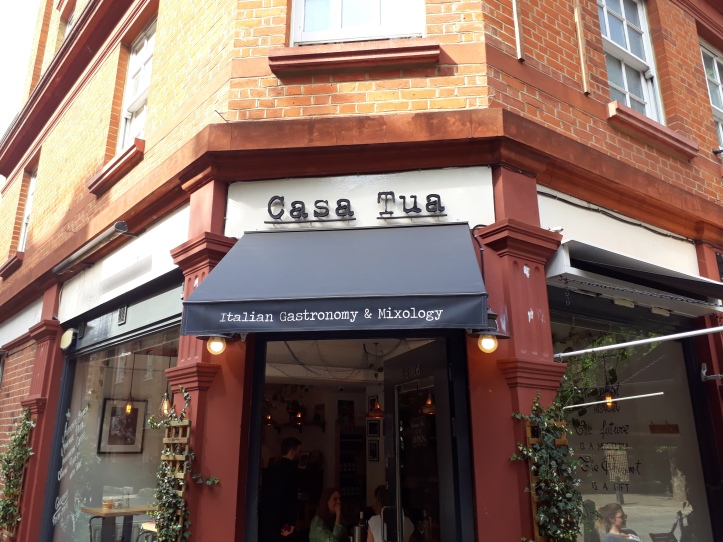 We picked Casa Tua, a restaurant near Kings Cross – which was good, as my train was delayed both there and back so I’m not sure what state I would have been in had I had to sprint and negotiate a tube journey. It’s a nice place – decent veggie options and friendly service, though I had forgotten how expensive prosecco is in London!

Anyway a good and boozy time was had by all, which did mean my train journey home – where the catering facilities were scuppered by a missing order and the trip was delayed by a lineside fire – was a bit grim. Worth it, though!