Afternoon tea is one of those things I love in theory more than practice. The idea seems fabulous – an elegant and stylish treat – but as someone prefers coffee to tea and savoury to sweet, the reality is usually just an over-caffeinated sugar high and feeling nauseous from eating too much food at a weird time of day.

However, none of this was going to stop me attending a good friend’s baby shower in the upscale surroundings of Jesmond Dene House. The venue has been on my ‘returning to Newcastle’ bucket list, so I was doubly excited at the prospect. It’s gorgeously located – I used to live relatively near Jesmond Dene, back in the day, and the hotel always seemed like a fairytale castle to me, nestled in the leafy backdrop that gives it a sense of being smack in the heart of the countryside, even though it’s an easy walk into town (not in the shoes I was wearing, mind).

Previously a residential building for one of Newcastle’s fancier folk, the Georgian house was built by John Dobson and has been extended over the years. It’s now a boutique hotel and restaurant, and popular venue for celebrations – the mum-to-be, U, had her hen party afternoon tea there also.

(Sorry this photo is so blurry: I promise this was before I had any wine!)

Both inside and out, it looks impressive. We were in a large dining room / banquet hall that looked almost medieval, spacious enough to easily accommodate our 20-odd group. The afternoon tea itself was very tasty – sandwiches (though I was baffled by the non-nut-allergy option of cucumber and peanut butter, which sounds vile, apparently it’s a local thing, and many of the guests were delighted by it), a tart and vegetable pasty being the savoury, two scones (I gave away my fruit scone, since dried fruit is the evil, but the cheese scone was mighty tasty), and the sweets were a strawberry mousse, a fancy eclair, a slice of carrot cake (which I also gave away, because my feelings on carrot cake match those on raisins and sultanas) and a mini-fruit tart. 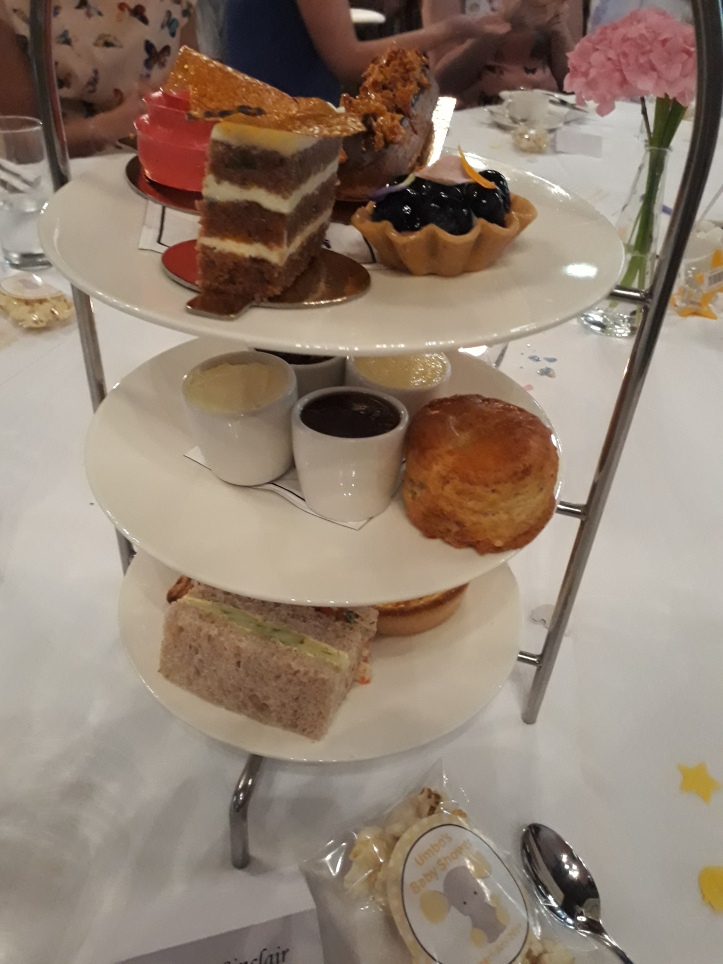 The staff were very on the ball in terms of catering to such a large group and all the dietary requirements that involves (including mine), and were friendly, efficient and pleasant throughout. We weren’t made to feel we needed to rush out of the space, and they were generous with the tea and coffee throughout.

I didn’t really know that many people there, but they were a lovely, friendly bunch, and I had a great time – it’s definitely a venue worth a visit. My only regret was wearing my Vivienne Westwood Melissa high heels, which are very high and not designed for a hot day, so of course after getting an cab back into town after the event, my friend L and I decided I needed to anaesthetise my throbbing feet with copious amounts of wine… 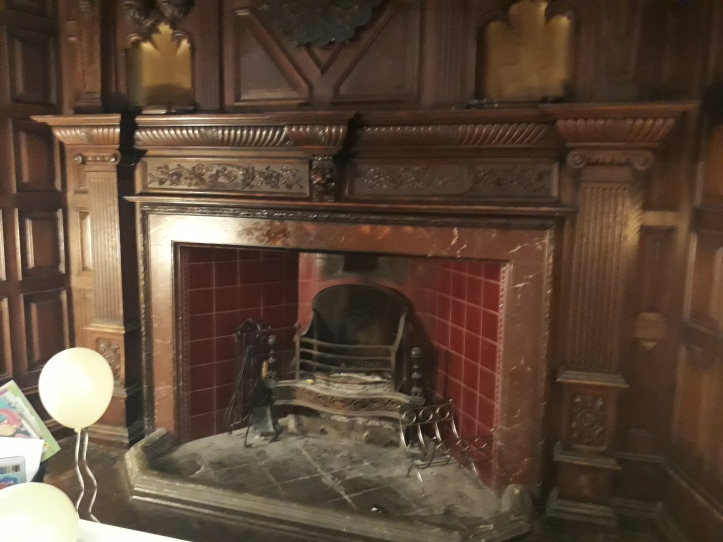