Tonight was the launch party for Live Theatre’s new season, so I took advantage of the clement weather and wandered down to the Quayside to see what treats are lined up for the next few months. The new season – Sep till March – is an absolute corker, so I left slightly worried for my time and my budget.

One of my top picks is on next week, and honestly: GET YOUR TICKETS. Cora Bissett’s What Girls Are Made Of is a delight of a show: funny, smart, raucous and moving, with a charismatic performance by Bissett at its heart, it tells the story of her stint in a Scottish band, and life after that taste of fame. 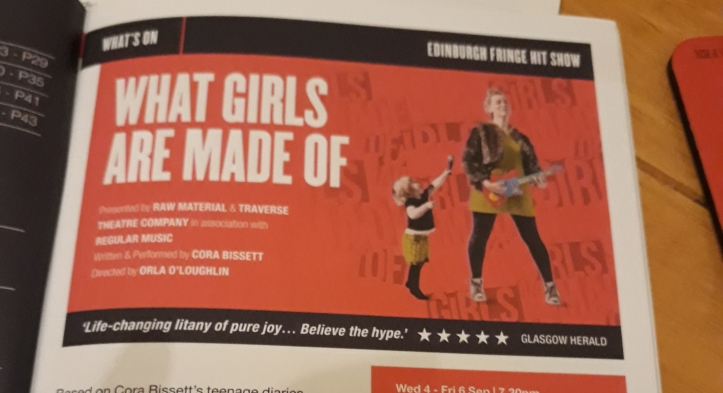 The autumn’s big show is a return run for one of last year’s big hits, Clear White Light, and we were treated to a song by Charlie Hardwick (performing with Lindisfarne members Ray Laidlaw and Billy Mitchell), who will also be doing one of the events organised around the show, the first ‘Live Icons’ Q&A. She came across as personable and funny in her brief chat with AD Joe Douglas, so that could be interesting, and fans of the soundtrack can also enjoy The Lindisfarne Story, which Laidlaw and Mitchell are bringing to the theatre in September and October.

Another show I am very keen to see is It’s True, It’s True, It’s True – I already have my tickets, based on the rave reviews it got at Edinburgh Fringe last year. It’s only on for a couple of nights, so book now: I booked ages ago and it was already selling.

Other blink and you miss ’em runs include some other great smaller shows, hits at Edinburgh or other festivals, including Build A Rocket, Under Three Moons and Gypsy Queen, which played to great reviews when I was in Brighton (although I never managed to see it.)

Alongside Clear White Light, the other main autumn highlight is The Mark Thomas Project, a four-day takeover featuring a range of events to celebrate Thomas becoming one of the theatre’s Associate Artists. Thomas was on stage tonight and on great form – still as fiery and funny as he was when I saw him back in my student days (if, I recall correctly, on the same bill with another then-almost-unknown, Jo Brand). (So, yes, me and Mark are both canny old.)

Christmas has a couple of festive outings worth your money: Mixtape Xmas returns, and local comedy / cabaret troupes Bonnie and the Bonnettes and Your Aunt Fanny team up for the splendid looking Bonnie & Fanny’s Christmas Spectacular. YAF have been getting great reviews for their current show Minge Unhinged, and based on the sketches they did tonight, are a group to watch.

For next year, one of the highlights looks to be Ask me Anything, a show about being a teenager, and the Queer and Now week in February (which includes the return of Wank Buddies, which I liked a lot when I saw it this year), and Elevator Festival of new writing.

As ever there is also a whole load of other stuff going on, from Live Tales to Youth Theatre to live music, workshops and heritage tours, and crime fans might be interested in the Tea Talk, an afternoon with Vera creator Anne Cleeves.

Tickets to the new season are available from the website. If you see me there – looking a bit knackered, no doubt, after all this theatre – do say hello…. 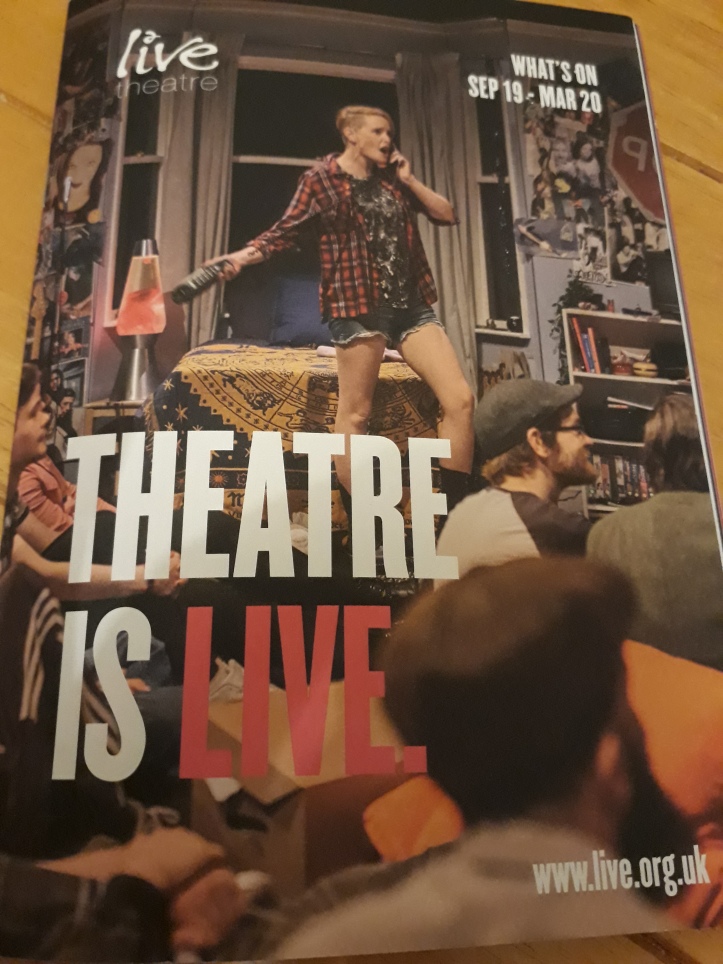 Hire me! I Will Write For Pay.

Buy my books: Some are available for as little as a quid! Not these two, mind, but others.Newcastle-based rom-com with a dash of Northern charm: The Bridesmaid Blues 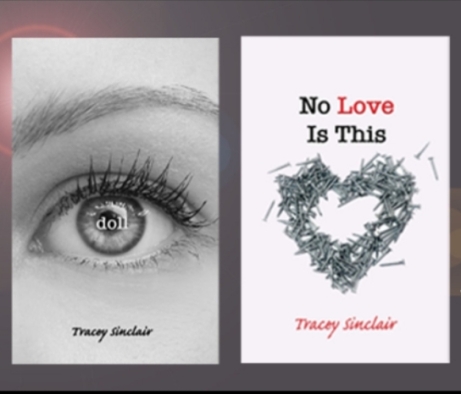