So, after months of shamelessly mocking my more talented peers for their lockdown baking and crafting (I’ve seen more sourdough since March than I’ve seen in the last 10 years, and I used to live in Brighton, people), it seems I have finally succumbed myself and have resurrected an old interest in cross-stitch.

Unbelievably, I used to be pretty good at this – my mum had a massive cross-stitch framed on her wall that literally no one believed was my handiwork as apparently it was so out of character for me – and I’ve discovered that although my skills are rusty, the old enthusiasm is still there. I’ve blogged before about starting with kits – I got mine from Marker’s Arcade via Not on the High Street or from Northern maker Innocent Bones (from Etsy or Not on the High Street). But inspired by a friend of mine who is making her own from scratch (and cognizant of how expensive it is to keep buying kits), I splashed out on some basics and plan to start doing my own.

So I was excited yesterday when the first batch of my funky aida (the fabric used for cross-stitch) arrived from Claire Brown Cross Stitch, a Glasgow-based Etsy store. What was even more exciting was said friend – with whom I have been sharing my cross-stitch enthusiasm – sent me this cute needleholder, and another friend out of the blue sent me these cute cat stickers, so I felt very spoiled. 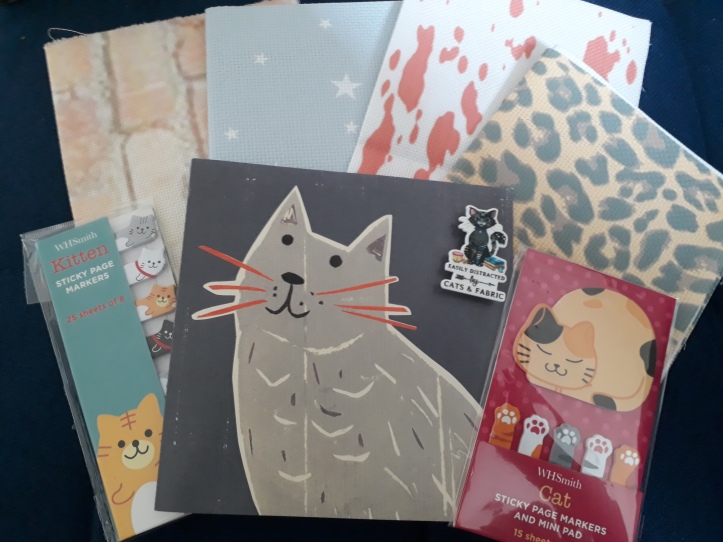 Decided to get started straight away and though I was hampered by the fact my pattern paper hadn’t arrived so this was slightly freestyle, I was quite pleased with this as a first attempt. 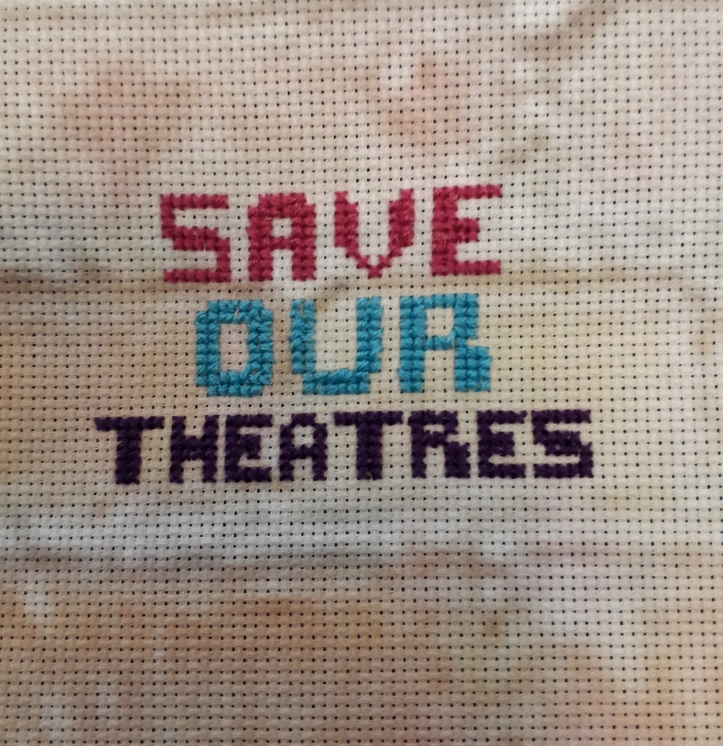 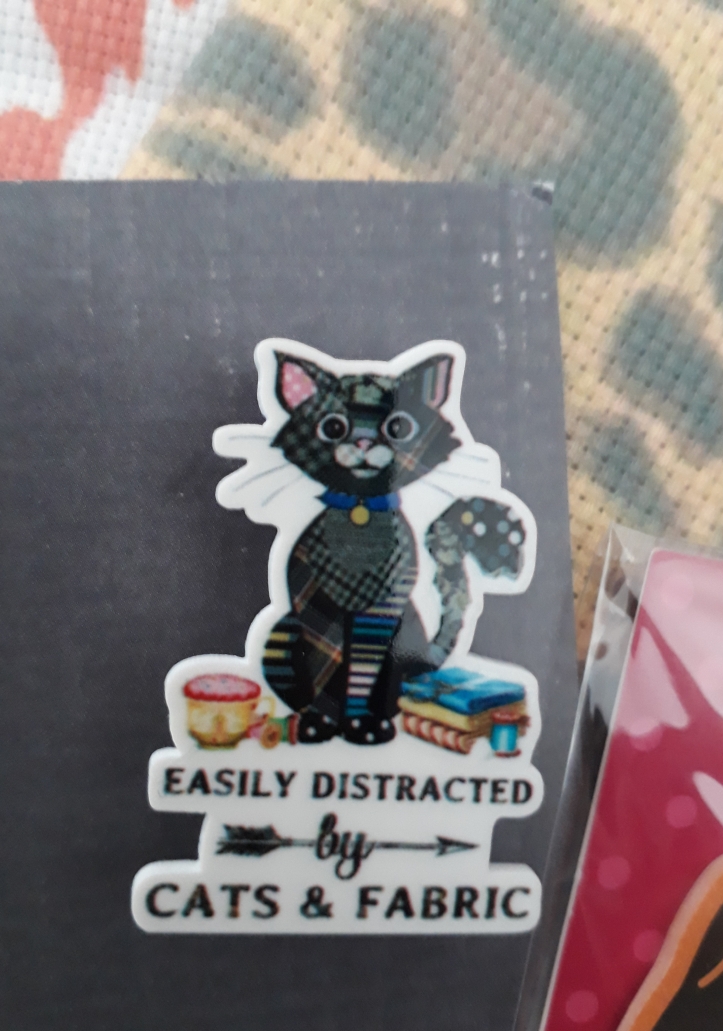