When the Boat Comes In – Tracey goes out

It’s Friday night, and I am lost. (This will be a recurring theme on this blog. Sorry). In my capacity as a theatre reviewer, I have been invited to the press night for When the Boat Comes In, an adaptation of the TV show (“You shall have a little fishie on a little dishie… that’s stuck in your head now. You’re welcome). It’s being staged in South Shields Customs House – an appropriate venue, since the setting of the show, the fictional town of Gallowshield, is based on South Shields, the writer’s hometown.

But it’s a long, long time since I have been to Shields. The last time was probably 25 years ago, when a friend of mine did the Great North Run and implored me and some others to meet her at the finish line with a packet of cigarettes. (She wasn’t the only one whose thoughts ran – ha, sorry! – along those lines: the route ends at South Shields – or, at least, it did then – and it was amusing to see huge crowds of Lycra-clad runners swarm into the curry houses for which the town is so well-known, clearly intent on some quality refuelling).

It’s an easy Metro ride from town (though more on that later), but when I emerge from the Metro station, it’s to a deserted high street and only the vaguest of ideas where I am meant to be. Luckily, Newcastle’s distaste for street signage (I’m not kidding: label yer fecking streets, Tyneside!) doesn’t extend here, so with only a few false takes I follow the signage and find the theatre.

The Customs House is a handsome building, converted from its original purpose to an entertainment centre, with a compact but well-designed theatre space and the admirable motto ‘arts and entertainment for all’. The press night is a bit of a shock to the system: I’ve been to a lot of ‘press nights’ in my day, and they mostly amount to a free glass of wine in the interval while you try to place where you have seen the other people reviewing. This one is held in a packed, party-decorated conference room – there are fairy lights and speeches and canapes, and I find myself ridiculously excited when I see David Miliband’s name on the guest list (he sits behind me in the theatre, seems very polite. I am a sucker for a star spot). The organisers seem delighted to see me – mainly because they are under the mistaken impression I work for the BBC, though they are lovely enough to mask their disappointment when it turns out I don’t. I still get to have the free wine, though, and they even move me to a better seat when a ticket becomes spare. 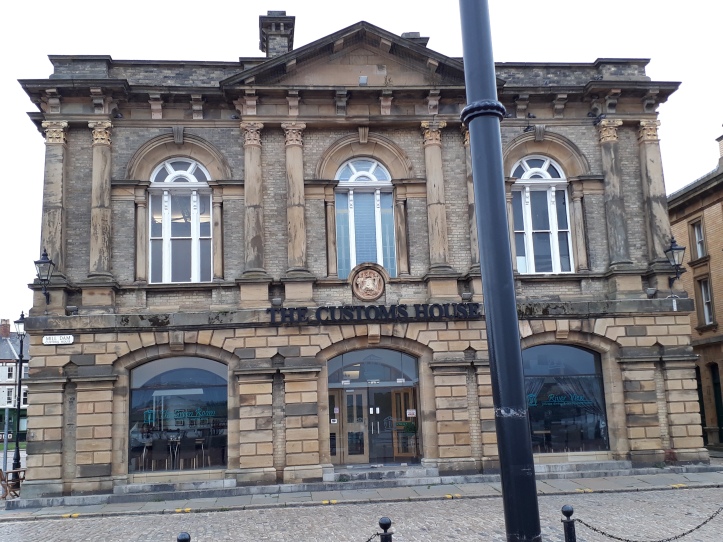 The show is a solid production (review here) and there is a genuine frisson in it being staged in its hometown. I’m not a believer that theatre should just be Local Shows for Local People, but I’m increasingly fond of productions that reflect their communities (especially when they are mine, obviously).

It’s a friendly crowd: the little old lady next to me regales me at some length with tales of her troublesome mother in the interval, and I walk back to the Metro in the company of a couple I spot heading in that direction – I’m not keen on getting lost again, especially now it’s dark. The only downside on the night is that when we arrive, it’s to discover the Metro is down: a power failure has crashed the whole system, which will be a nice surprise later for those still enjoying their night on the town. While a 50-minute, rammed-with-pissed-off-people bus ride would have been just another night out in London, I find my new perspective on distances has already taken root, and it’s a journey I am not keen on. (Well, that and all that free wine, which might hamper my ability to sit on a loo-less vehicle for the best part of an hour.)

Luckily, a taxi is an affordable treat when you’re not paying London cabbie prices, so I take that option and am back in my hotel room in time to watch the 10pm showing of Grimm on 5 USA. Don’t tell me I don’t know how to live…