Holy Moly and the Crackers

Friday night saw me embracing something new while also reliving my youth, in a way. My friend M is a huge fan of the ban Holy Moly & The Crackers (whose song Cold Comfort Lane was featured in the film Ocean’s 8). She saw them at Alphabetti previously, so persuaded me to get a ticket to go with her when they played the Riverside. I’m glad I did – the gig was an absolute corker, the band – who I discovered were local – played their hearts out and the place was rocking. They are coming back on tour next year with a new album, but you better not beat me to tickets. 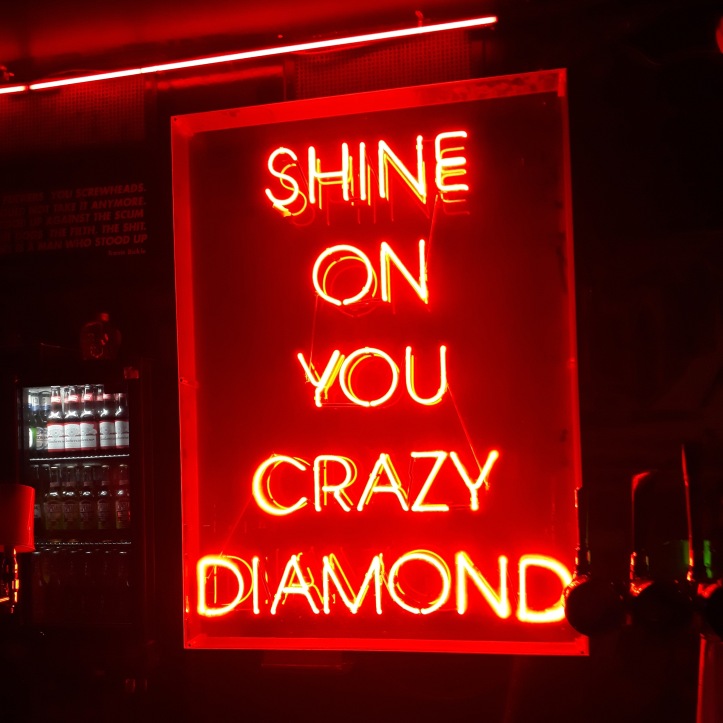 It was also interesting to see the new Riverside. In my youth I was a regular, and went to see bands as short-lived as Menswear (who were supported by Travis!), as well as more long-lived artists. Now that whole area of town seems to have been turned into luxury flats, the venue has relocated to the old Fish Market on the Quayside. It’s a gorgeous space, and a nice integration of old and new, with lots of neon and a well-laid-out interior (plenty of seats to chill out on before the gig) but something about it jarred. Maybe because I spend a lot of my time not only in theatres but thinking about making them more inclusive spaces. Maybe that’s made me oversensitive (certainly my female companion said nothing). But I couldn’t help noticing that, despite hosting a mixed gender band and a very mixed crowd (and having plenty of women’s toilets), the decor felt very much designed for the male eye: it felt a very gendered space.

Giant pictures of musicians adorn the walls: men look cool, women look sexy. (There are a few female musicians featured, but they are the traditionally hot looking ones, such as Debbie Harry). A giant Pulp Fiction Patricia Arquette reclines in her bra against one wall; upstairs, a woman clad in knickers and fishnets has her back to the camera, showing off a God Save the Queen jacket. Rock quotes – all by men, at least that I saw – are painted throughout. It adds up to a subtle sense that it’s a space for men, that music is male, and that women get to take part providing they look good enough.

I’m not saying there’s anything wrong with sexy pictures, of course, or boudoir design, but I’m also not sure that a 21st century venue should feel so squarely like it’s aimed at the blokes. Should it?