Flip flops and a family wedding

Although my schedule has been pretty packed since I moved back home last year, one thing I haven’t managed to do is see as much of my family as I’d like. In part, this is because, having been absent so long, my presence limited to flying visits for occasions such as funerals, I have simply fallen out of the rhythm of family life. I don’t have the phone numbers of most of my relations; I don’t know how or where they spend their time. I see my cousin L most Sundays, and when I can I drop into visit her mum, my Aunty A, but other than at Christmas I haven’t seen that much of anyone else.

Yesterday was a chance, then, to see the wider family en masse. L’s daughter Z was getting married out in Durham and everyone would be in attendance. I haven’t had much time to think about the wedding: my deadlines have been hectic, and then I was ill, which meant that my preparations amounted to hastily buying a dress and shoes online (shoes I decided against wearing, in the end, opting for the comfort of boots. But shiny boots – I was making an effort, honest). So come the day, I rather tumbled into it. And it turned out to be just lovely.

The Old Barn at the South Causey Inn was a beautiful venue: rustic and elegantly decorated without feeling too full on or kitchy, and Z and the family had apparently designed many of the flourishes themselves. (The speeches were full of many jokes about Z’s fondness for organising, but the girl deserves her props, as the wedding was full of thoughtful touches, including providing flip flops for the women at the evening do, so that many of the guests could change out of the perilously high heels Geordie women are so fond of: one woman came up to me before the dancing started and said, ‘we’re all smiling and six inches shorter’. Honestly, this should be a widely adopted trend). (I mentioned this on Twitter and someone said ‘this is the best wedding idea I ever heard’).

The glamour quotient was of course high. Northern women like to dress up, and many of my extended family are total lookers, so the combination was a potent one and I spent much of my time cooing compliments at the glossy haired, glammed up women I was surrounded by. Z was a stunning bride, and I admit I had a tear in my eye when her uncle walked her down the aisle (usually a dry and laconic sort, he gave such a funny, moving speech at the reception that a stranger cornered me in the loos and said, ‘I have no idea who he is but he made me cry!’, which has to be the sign of a successful wedding. Though maybe if she didn’t know who he was, she was at the wrong wedding…).

The food was great – I’ve been to so many weddings where the vegetarian option was a few artfully arranged carrots, leaving me starving while all around me guests are tucking into a Sunday roast – but here I was so stuffed I was tempted to find a corner to have a little nap before the dancing.

But while the day was obviously about the young couple at its centre – it was a delight to see them both so happy – for me, it was also a great chance to catch up with the family. And also to be reminded of something I tend to forget, having been away so long: and that’s that I really, genuinely like these people. Oh, sure, they are my family, I love them, I’ve always known that – but I had sort of forgotten just how good company they are. One of the things I am loving about seeing L so often is being reminded how funny she is – we often spend our Sunday evenings laughing ourselves silly at some story from her work or about some craziness she encountered out with her beloved dog, since our neighbourhood isn’t light on the crazy quotient – and it was great to get a chance to reconnect with so many people and to rediscover that they, too, are actually just enormous fun to hang out with.

And to do so knowing I’ll likely see them all soon, rather than be getting on a train the next day to the other end of the country and vanishing for another couple of years, made the day all that more special for me.

If you want to read about a very different wedding, why not check out my book, The Bridesmaid Blues? 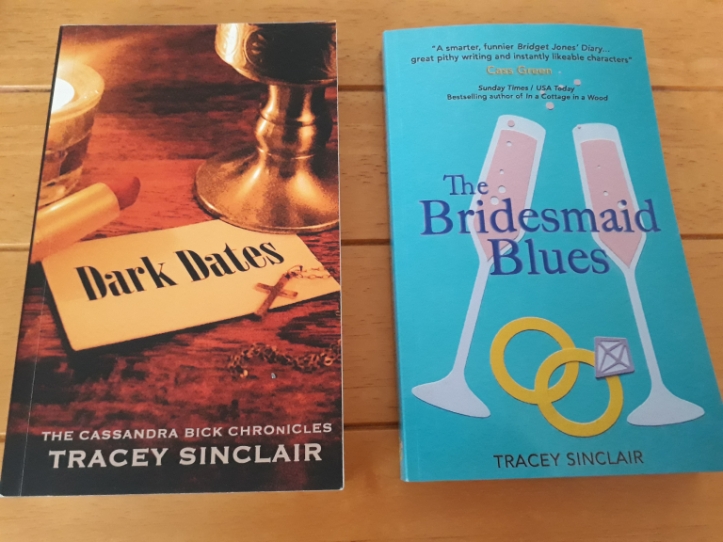