A day trip to London to see Emilia the Play

My timeline has been full of praise for Emilia for a while now – its initial run at the Globe had all my theatre friends aglow, so when it transferred to the West End, I decided to take advantage of both reasonable ticket prices (£32 for a row C stalls seat!) and the fact that London is do-able in a day, and book myself a trip. 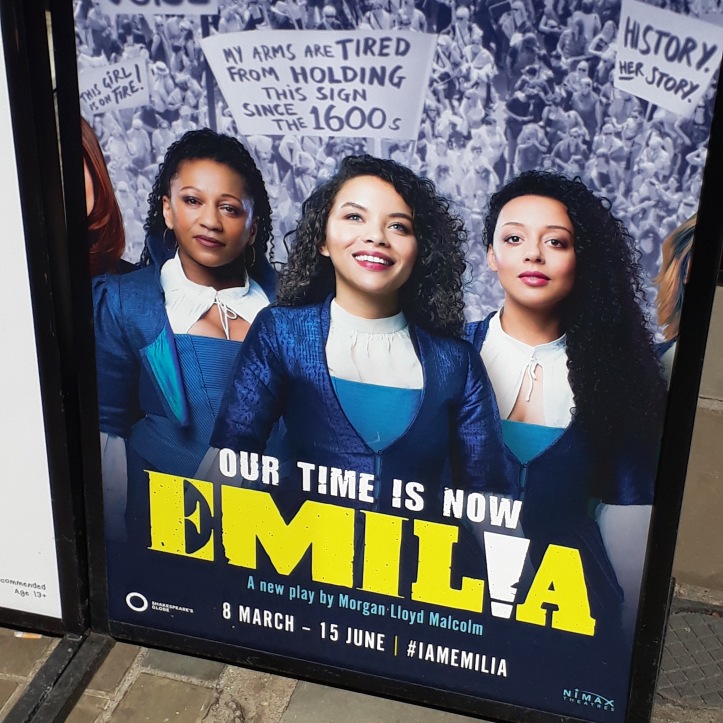 I’m glad I did. While I am not sure I would rave about it quite as strongly as some of its fans – the first half felt a little flabby to me, and the pacing felt a little off in the second (and this is after it’s been cut from its initial running time), it’s certainly a play worth anyone’s attention. 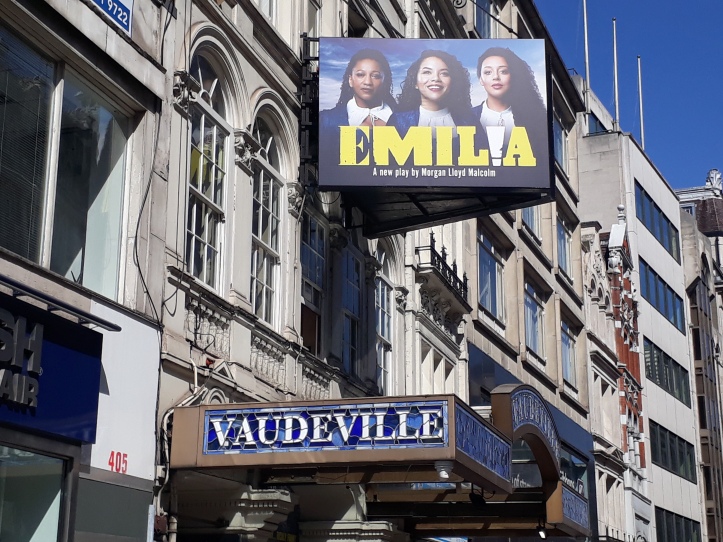 Although a treatise on women’s anger, it also manages to be funny, clever and playful – the furious ending had the audience on their feet, but there were plenty of laughs to be had. A more diverse (all-female) cast than I can recall seeing ever before in the West End were a delight (the show has an all-female creative team, too – even rarer), and it was refreshing to be in an audience that was predominantly women.

London, too, was delicious. Like a lover putting on its best face to impress its ex – it doesn’t want me back, but it wants me to miss it – the city was shining and bustling with energy, and I admit I had a pang. (At least until I met my friend for pre-train drinks in the German Gymnasium, and was reacquainted with the worst side of London, stuck next to a couple of braying posh girls with paint-scraping accents who complained at an ear-splitting decibel level and with zero irony about Americans being loud and stupid, before going on at length about what ‘good comic relief’ their Polish cleaner provided. There are some things about London I definitely don’t miss).

Emilia runs till mid-June – if you possible can, it’s worth seeing.