Forest and Ex-Voto at Side Gallery

Yesterday my friend Simon and I went to see the latest exhibitions at Side Gallery, which is always an interesting excursion. There were actually three shows on (all free, as usual), and although they were very different, they were all interesting in their own way.

On the ground floor was Jason & Victoria: Disability and Partnership, an observation by Josefin Bengtsson which featured pictures of the titular couple, highlighting their experiences in a world where disabled people are still marginalised, and relationships between them are often erased, ignored or sneered at. 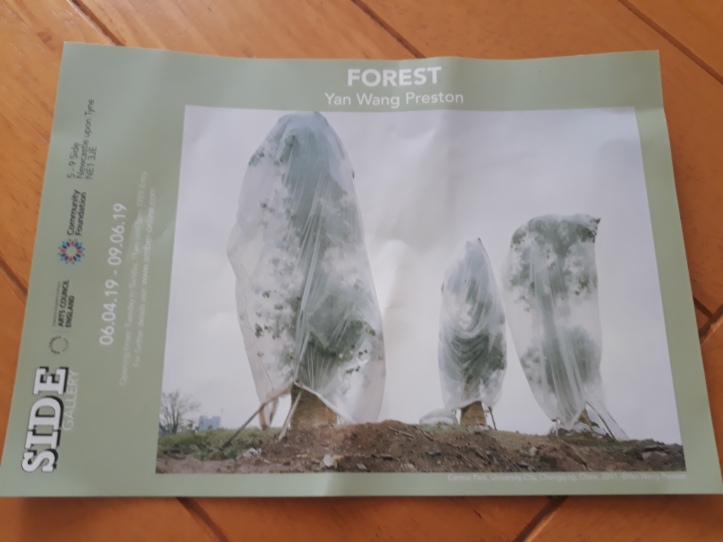 Upstairs there was Forest by Yan Wang Preston, which was a fascinating though quite depressing look at ‘new build’ forests in urban China, and how trees are being transported and transplanted into new cities, with varying success (the story of Frank, a 300 year old tree that was uprooted only to die after being transplanted somewhere else, properly upset me, because apparently I am a person who cries over trees now.) Preston, a British Chinese photographer, spent eight years on the project, and it won first prize in the Syngenta Photography Awards in 2017, so it’s definitely worth your time. 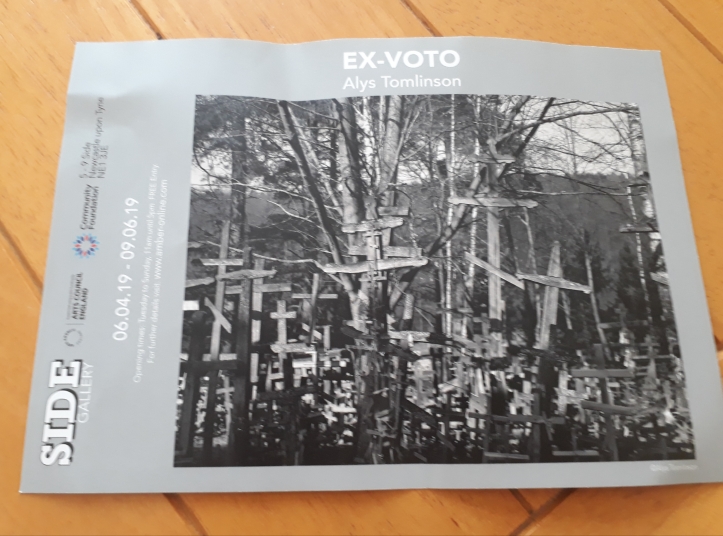 Probably my favourite of the three was Ex-Voto, by Alys Tomlinson (who won the Sony World Photographer of the Year in 2018), a series of landscape and portrait photos taken at religious (Christian) shrines in Ireland, Poland and France. I’d have liked more information about the subjects, but Tomlinson’s style – shot on large format film – made for luminous prints, with the portraits being particularly compelling. Lucky for me, Simon is a photographer (you can see his amazing work here) and was happy to explain the process that Tomlinson used and why it worked the way it did, and the challenges it involved, which made me even more impressed. I could get used to having an expert in tow…The exhibition finishes on the 9th June, so get yourselves along. The gallery is open Tuesday to Sunday 11-5 and is free. (You can find more details here.)