So, was feeling a bit under the weather yesterday so almost skipped the Live new season launch, but in the end was pleased I went, because I got a taste of a lot of shows – some of which might not seem my thing on paper, but fleshed out on stage became a lot more exciting.

There’s a ton of good stuff coming up at Live this season, from new writers, more established names, and both local and touring talent. There looks like a good selection of LGBTQ+ work, and plenty of work by artists of colour. And, maybe I’m imagining it, but there seems far more work by women this year – as writers and directors – which can only be a good thing. 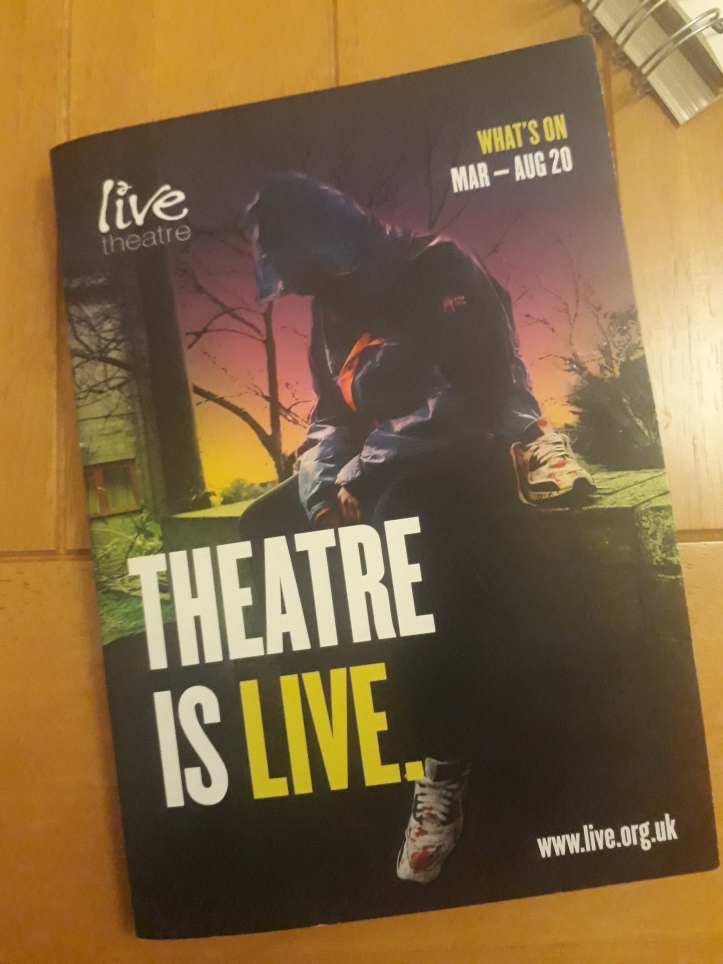 So, what were my highlights?

Although technically not in the new season (which runs March-August), February sees the Queer and Now Festival, which is packed with great shows – I reviewed Wank Buddies last year at Elevator and while I’m still not sold on the title (sorry, guys), it’s a lovely wee show. There’s also a chance to go to a scratch night featuring work by a whole bunch of great artists. (I’ll be reviewing Riot Act next week – watch this space).

I saw a couple of shows at last year’s Elevator Festival, but my schedule this year will hopefully allow me to see more. I’m already booked into the Northern Generic Talk, and after seeing Lewis Jobson give a taste of his hilarious-looking show Redcoat last night, am looking forward to that. It’s a really great chance to see work before it goes out in the world (and don’t we all love a ‘I saw it before it was cool’ moment?) and the tickets are really affordable, so pop along. 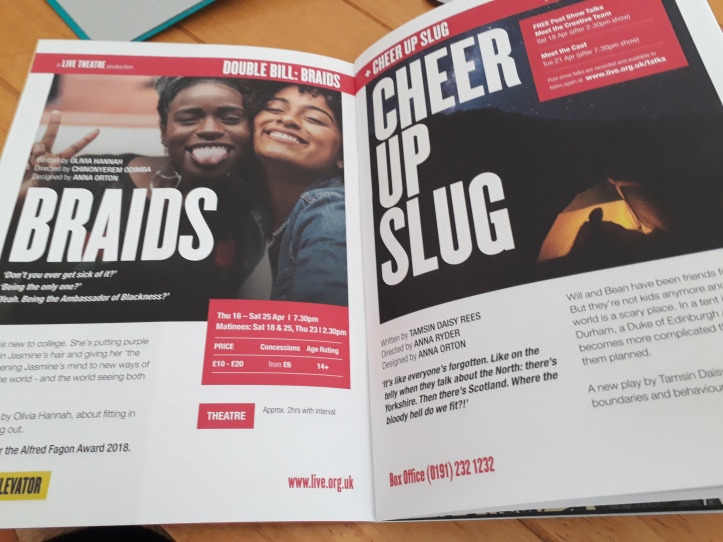 What else am I personally most keyed up about? The double bill of Braids and Cheer Up Slug in April looks right up my street. Both Olivia Hannah (Braids) and Tamsin Daisy Rees wrote short pieces in the Christmas Crackers show I saw a year back, and I was taken particularly with their dialogue – and both (on stage last night with their directors, Chinonyerem Odimba and Anna Ryder, respectively) gave us a taste of their shows that made me even more keen.

(A slight aside: they plugged the company’s Live Tales programme, for youngsters, and this comes highly praised to me by the mother of a shy boy who was really nervous about going: “he was worried he wasn’t creative or talented enough”, she told me (I’m paraphrasing, obvs, since she told me a while ago – who am I, Sheldon Cooper? I don’t remember what everyone says exactly), “but they made him feel that what mattered wasn’t how good he was but that he was expressing himself, and it gave him a massive confidence boost.” So, y’know, consider it recommended from an Actual Parent.)

The main ‘big’ show of the season is based on / expanded from an earlier Elevator success, Ratboy; a new play called Children of the Night. (Again, not a title I love – maybe it’s because I write vampire books, but in my head, I’m saying it even now in a cod-Transylvanian accent. What sweet music they make! Mwah hah ha!) But written by Lee Mattinson, based on new associate artist Christina Berriman Dawson’s original idea (she is also dramaturg and co-directs with AD Joe Douglas), this Byker-set piece looks to have the makings of a big hit.

Anything there to tempt you? Get along to Live to find out more.