Age of invisibility – turning fifty in the arts

I suspect turning 50 is a weird milestone for many people, even if it doesn’t happen in the middle of a pandemic. But as my half-century is now only a few weeks away, I’ve naturally been thinking about what it means for me – as a freelancer in an industry that’s in freefall, as a single, childless woman, and as someone in the arts, where age generally bestows invisibility on women who have the cheek or misfortune not to be Judi Dench. And realising that maybe it was never going to be normal anyway, and that’s something to celebrate rather than fear.

Oh, like everyone, I had hopes, and have clung onto them with increasingly desperate stubbornness month by month as it became ever more apparent that we wouldn’t be heading back to ‘normal’ any time soon. Originally, I planned to spend most of my birthday month travelling and catching up with friends – I had trips to Glasgow, London and New York scheduled, with celebrations at every stop. I was going to finish the research for my new book in Manhattan; I had theatre booked; honey, I was going to mark this occasion in style. Well, we all know how that panned out.

Nobody got the year they expected. Some of these changes are minor inconveniences (and I’m sorry, but if your big gripe of 2020 is you have to go a whole year without a holiday abroad: be upset about what you want to be upset about, but maybe before you complain about it out loud, take a minute and read the fucking room). Some are devastating. In my immediate circle alone, I see friends facing redundancies and job losses, as not only their roles but their industries vanish. I’ve seen people who’ve worked hard to bring about their ‘big break’ see their dreams crushed as their career-high show gets cancelled, their book publication gets pushed back, the precarious foothold they thought they had in a tough industry crumbling beneath them and hurling them back to uncertainty. Financial struggles, health worries, anxiety over distant relatives, and, of course, dealing with loss, and grief compounded because the usual supporting rituals around death have been stripped away. My own family has been dealt two devastating blows – including the loss of a much beloved woman a good five years younger than me, which certainly puts in perspective complaints about cancelled parties.

So 2020, it’s fair to say, has sucked for most people, to one degree or another, and I’m not holding out much faith that 2021 will be sunshine and roses. But if This Terrible Year has brought one thing about, it’s a realisation that so much of the current world isn’t working and change is desperately needed. We need fairer, better systems. We need a society where people aren’t considered lesser – or even dispensable – because of their income, their nationality, their skin colour or their ‘underlying conditions’. And one of the things that we need to change is how we think about age. 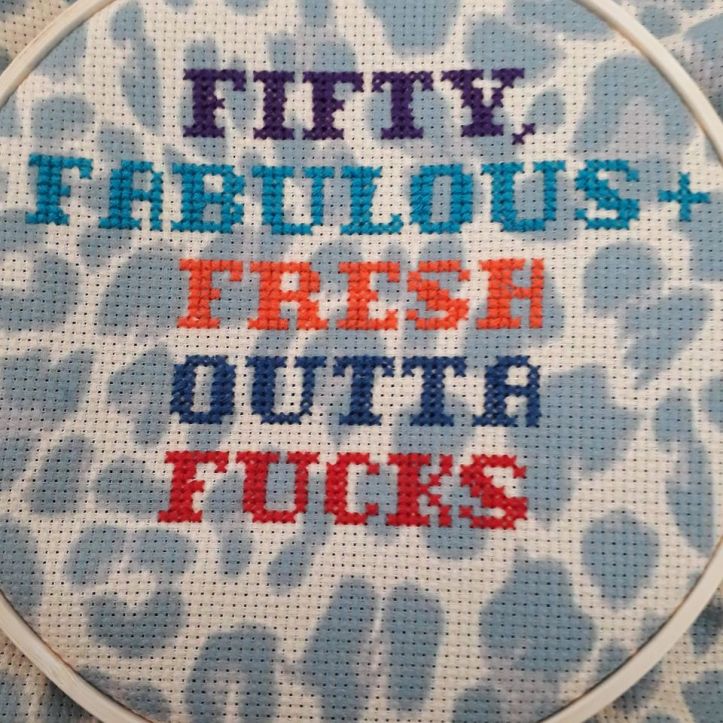 In part, of course, with 50 looming, I would say that. Although I only make part of my living from the arts, it’s still enough to give me pause about even talking about how old I am. Should I admit it? Does it make me so uncool I won’t get hired again? Does it make my books outmoded? Oh, god, am I past it? How did I manage that, when I’m not even sure I ever had ‘it’ in my sights?

Even my partial acquaintance with the arts is enough to have become bitterly familiar with the ageism that taints the system, and how it’s also entangled with the other isms that plague the arts world – sexism, ableism, racism and classism (and probably some more I haven’t thought of). Because the arts is an industry that fetishizes youth. Sure, it has an unhealthy reverence for certain types of experience (mainly that of middle aged, middle class/posh white men – just look at where the money for all the big ‘recovery’ projects is going, both in front of and behind the scenes, if you need further evidence of that) but in the main it chases the young with the unsavoury fervour of a Woody Allen protagonist. It wants new voices, new talents, new audiences – and it often isn’t particularly careful about how it treats them once it’s got them. And for an industry that prides itself on its unconventionality, it sure clings stubbornly to mainstream ideas about what consists a career path, and at what ages you should have achieved each marker.

I probably feel this more acutely than many, because my own life is so far from the lifepath of my peers. I have lots of younger friends both more settled and more successful than I am; among my immediate peers, most of the people I know my own age have some combination of the following – a partner, a pension, kids, a mortgage, a steady job. I have none of these things, and am not likely to get any of them soon, if ever, and its taken me a long time to realise that much of that is through a combination of chance and choice, not because of some deep-seated personal failings. I’ve long since given up wondering if the fact that people are surprised to hear my age express their shock because I don’t look like their idea of a middle aged woman, or just because they can’t believe I still live like this. But I’m not the only one treading a less conventional path, and at some stage the world needs to recognise that. And we all need to talk about it more.

We need to stop equating ‘emerging’ with young and recognise how toxic it is to assume that by the time they hit their thirties or forties, everyone has their lives and career sorted – and acknowledge the privilege that underlies that assumption. There are many reasons people don’t start a career in the arts till later, and most of those are tied in with circumstances that can already disadvantage people. Caring responsibilities, child-rearing, financial pressures, health issues, lack of access or opportunity or even just having no idea that people like you can try for an arts career keep people out of the industry for years, or can derail careers at any stage of life. It’s tough enough dealing with these things without the pressure of feeling you’ve left it too late and you’ve missed your chance. This misconception doesn’t just affect those who are older, but young people as well. Already primed to feel they have a sell-by date, how many have this year been thrown into despair seeing what they’ve been told are their most crucial time stalled by circumstance?

We need to have more honest conversations about the burden of childcare, not just foist it onto parents – usually mothers – and expect them to juggle, uncomplaining, systems that are not set up to accommodate them. We need to treat menopause as a fact of life for many, not a shameful mysterious secret that people stumble through unsupported and confused, sharing questions advice in hushed whispers with close friends. We need to stop thinking of the white male gaze as the default setting for the world and its stories, stop defining anything by or about women as ‘domestic’ and anything by people of colour as ‘niche’. We have to recognise the richness and variety life experience – and especially of lives mostly spent outside the arts sector – can bring to our cultural landscape. It’s not just in the arts, but also in the wider world of living, earning and employment, as older people are turfed out of jobs they thought they had for life, that we need to see that people have valuable gifts to offer no matter their age.

Because the impact of COVID isn’t going anywhere anytime soon. It (and the year’s other seismic events) have stripped bare just how unequal the system is at every single level. Unsurprisingly, those primed to best survive this upheaval are the privileged – the ones who can take the time to write that new play or that novel, not the ones doing ten-hour shifts at the supermarket to keep the money coming in. Plenty of people are now lost to the arts forever – driven to retrain for other jobs, to seek more secure employment – and plenty more might take years to be able to get back into the game. Let’s not make it any harder than it needs to be.

I’m not the only one thinking this, of course – for instance, in theatreland, both Natasha Tripney and Lyn Gardner have talked about this in The Stage, and in publishing writers like Kit de Waal and Bernardine Evaristo have spoken eloquently about ageism in their sector. With no answers to offer and no power behind them anyway, there’s not a lot I can say that’s more than they’ve said already. All I can do is add my voice to the chorus and hope that, if enough of us speak up loudly enough, we can effect real change.

If you’re skint: RTs and shares always welcome. Reviews of anything of mine you have read on Amazon or Goodreads or any book related/social media site, no matter how short, help boost profile. Tell your friends how lovely I am!

Donate to my Ko-fi. It’s my birthday, after all!

Hire me! I Will Write for Pay