Two Trips to the Tyneside

Having had my membership for months and barely used it, as is the way of things this week I made two consecutive trips this week, both to see great films.

If Beale Street Could Talk was first – the exquisite new film by Moonlight’s Barry Jenkins. A powerful, painfully relevant story of black lives with a strong cast (Kiki Lane and Stephan James as the young couple at the story’s centre were both new to me, but it also features standout turns from more established actors such as Regina King, Colman King and – a long-established favourite of mine – Aunjanue Ellis), it’s a gorgeously shot and achingly romantic film, and one that will haunt you long after you’ve seen it. 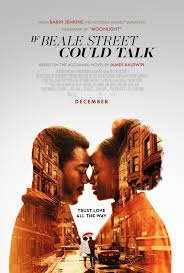 A lot more fun, though still tragic in many ways, was Can You Ever Forgive Me? Based on a true story, it’s smartly written with two incredible turns at its centre in Melissa McCarthy and Richard E Grant (and, to my joy, has appearances by some of my favourite actors, including Jane Curtin, Anna Deveare Smith and Marc Evan Jackson). (For a more detailed review, why not pop over to Caution Spoilers?)

In some ways it was a jarring combination – it’s a little tough to watch a movie about a white woman basically getting away with her crimes the day after a film that shows a black man incarcerated for something he didn’t do – but both are examples of film-making at its finest.